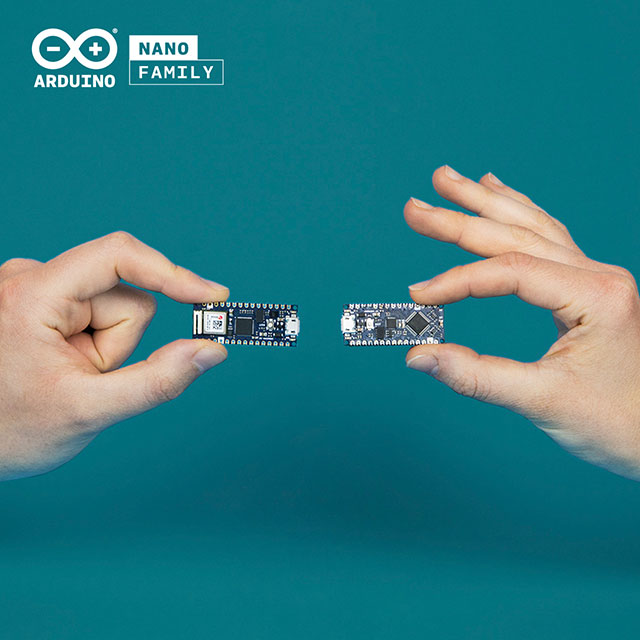 Maker Faire Bay Area, May 17th 2019, Arduino announces the new Nano family.
Designed with makers in mind, the new Nano family offers affordable boards for everyday projects. Retaining  Arduino quality and reliability they make it easier than ever to turn your project ideas into a reality. They are  compatible with classic Arduino boards, have low energy consumption and more powerful processors.

For makers who want to prototype compact projects, the Arduino Nano offer a small and powerful solution,  affordable for everyone, but with the Arduino quality our users deserve. Because every project counts.

Massimo Banzi – co-founder of Arduino – commented: ​“The new Nano’s are for those millions of makers who  love using the Arduino IDE for it’s simplicity and open source aspect, but just want a great value, small and powerful board they can trust for their compact projects. With prices from as low as $9.90 for the Nano Every,  this family fills that gap in the Arduino range, providing makers with the Arduino quality they deserve for those  everyday projects”.

A focus on new boards

Arduino Nano Every
The Arduino Nano Every is a miniature sized module based on the Microchip ATMega4809 microcontroller. The  board can be used in a breadboard when mounting pin headers, or as a SMT module directly soldered on a PCB  thanks to its castellated pads. It’s a compact workshorse, that can replace the classic Arduino Nano in all  projects where users need more capabilities. An ATSAMD11 (with Arm Cortex M0+ processor) acts as a high  performance USB to serial converter that could re-programmed by skilled users to achieve even more. 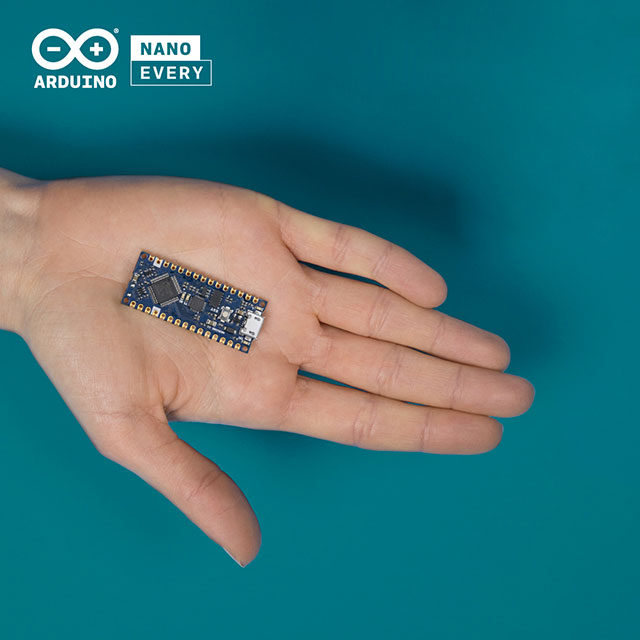 Arduino Nano 33 IoT
The Arduino Nano 33 IoT is a miniature sized module containing an Arm Cortex-M0+ processor based ATSAMD21  microcontroller, a WiFi+BT module based on Espressif ESP32, a 6-axis IMU, and a crypto chip which can securely  store certificates and pre shared keys. The board can either be used in a breadboard, or as a SMT module,  directly soldering it via the castellated pads. An ATSAMD11 Arm Cortex-M0+ processor acts as a high  performance USB to serial converter that could re-programmed by skilled users to achieve even more. The board is compatible with Arduino IoT Cloud. 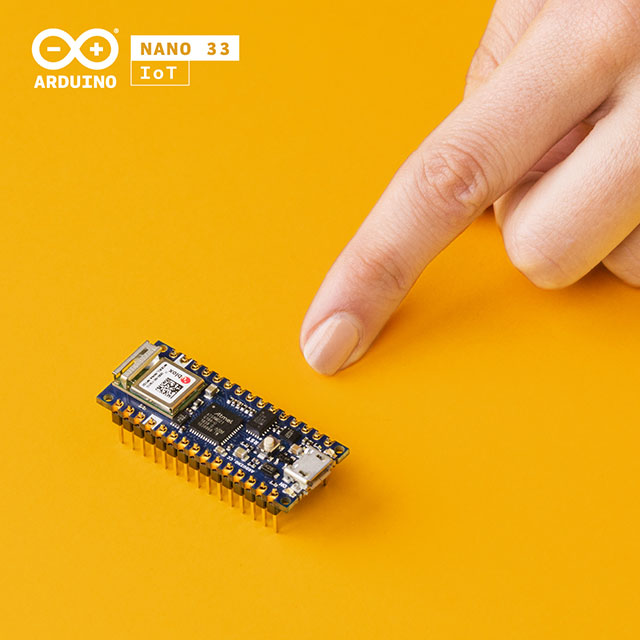 Arduino Nano BLE Sense
The Arduino Nano 33 BLE Sense is a miniature sized module containing a ublox NINA B306 module, based on  Nordic nRF52480 and containing a powerful Arm Cortex-M4F and a large set of sensors. The module can either  be mounted as a DIP component, or as a SMT component, directly soldering it via the castellated pads. Built for low power consumption, Nano 33 BLE Sense is designed for environmental sensing (barometer, humidity,  temperature, light) and human interface applications thanks to the embedded microphone and proximity/gesture sensor.